One NTU; One Body; One God 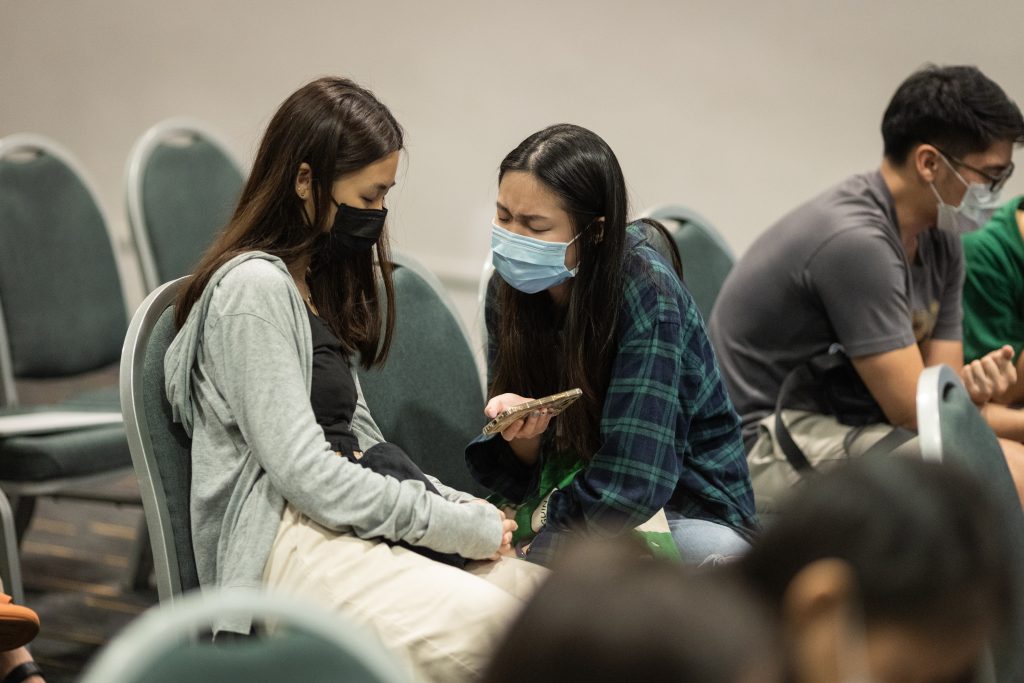 It goes without saying that the past two years of COVID-19 life has been incredibly challenging. In the past, we had been able to worship together in our hall lounges for Small Group sessions, today, we have to sing silently in the Arc, where we would be seated in groups of less than five. Previously, we were able to mingle with one another and enjoy buffet dinners with new friends during Fellowship Night (FN) sessions, whilst FN now consists of us having to log in online and have breakout room sessions with fellow CFers. I had greatly missed this physical aspect of fellowship, and though I understand that God can still use these online platforms to carry out His will, I would nonetheless find myself reminiscing the times when we could really fellowship together as one, standing side by side each other, feeling each other’s physical presence.

So, when the COVID-19 measures in Singapore had started to loosen up, and the opportunity had arisen to plan a session where not just CFers, but all Christians associated with NTU can come together to worship and pray, I jumped at the opportunity without hesitation. In fact, even before the pandemic, I had a deep desire to see body of Christ in NTU gathered as one, united in our faith and love for the LORD, so this opportunity also seemed like an answer to that prayer and desire.

HE GOES BEFORE US

Thus began my journey to be part of the team to plan for this year’s Campus Day of Prayer (CDOP), a gathering for believers in NTU to spend time in worship and prayer, that had been held in previous years as well, albeit with stricter safe distancing measures in place. Together, our team of 5, consisting of members from NTU-CF, NTU CRU and NTU Harvesters, set about to pray and seek God for what He envisioned for our campus.

I had been deeply encouraged by the fellowship and the earnest desire to move in the way that God wanted to move, and I can safely say that every step of the way, despite the small team, God showed His hand throughout, speaking through our weekly prayer sessions, through the encouragement from students and faculty from other universities and campuses, as well as through our own devotion and reflection of His word.

The team’s deep passion for the things of God, and their genuine heart for seeing God’s will be done in NTU meant that throughout the whole planning, I learnt so much about what it means to genuinely seek the Lord and be obedient to His will. All He asks is for us to trust Him, for we knew that ultimately He will go before us, revealing more and more about His goodness and faithfulness along the way.

CALLED FOR SUCH A TIME AS THIS

For if you keep silent at this time, relief and deliverance will rise for the Jews from another place, but you and your father’s house will perish. And who knows whether you have not come to the kingdom for such a time as this?

In the early stages of the CDOP planning team’s meetings, it was brought to our attention that the time period we had envisioned the CDOP to fall on coincided with the Jewish festival of Purim. With this in mind, the team committed to understanding the story of Queen Esther in the Bible, which the festival commemorates.

The story of Esther is a beautiful account of how God intervenes at just the right time, calling people into positions and situations to do His work, so as to overthrow and reverse what the enemy had meant for evil. In the same way, the team explored the situations and cultures in our school that needed reversing and needed God’s intervention.

As we were preparing and praying for the school, yet again, God’s hand was observed when He opened up doors for us to get into contact with a staff from the University Wellbeing Office, who happened to be a fellow believer, and he shared with us about his deep burden for the mental wellness needs of the students in NTU. It was thus towards this direction that we planned the prayer and worship segments for the CDOP, seeking God to use His people to bring His peace into all areas of the campus, and committing the existing initiatives by campus ministries and groups into His hands. We truly believed that it was no accident that God has placed us in NTU, and that He has called us into this university for such a time as this.

LET US BE ONE VOICE THAT GLORIFIES YOUR NAME

Instead, speaking the truth in love, we will grow to become in every respect the mature body of him who is the head, that is, Christ. From him the whole body, joined and held together by every supporting ligament, grows and builds itself up in love, as each part does its work. 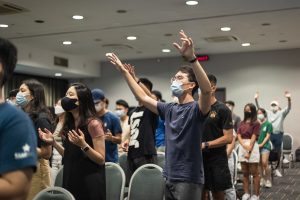 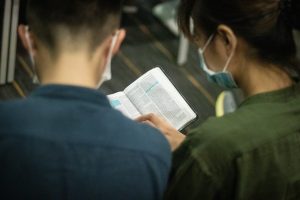 In the blink of an eye, the day of the CDOP had dawned upon us. We were thankful that God had continued to show His hand at work, moving obstacles around throughout the planning process, even holding the skies for us so that students would not be hindered from making the short walk to the event venue.

Personally, I also got to experience how God was still speaking to us even on the final moments of preparation. I had been reading Isaiah 66 as part of my Bible reading plan, which articulated how God was selecting priests and levites (v21), and I thought that this again was another way that God was speaking to us through His word, reminding us that ultimately, the whole purpose of why we were gathered was to do exactly what priests and levites did back in the day, which was to minister, pray and worship.

And then came the moment that we had been waiting for.

Streams of people had heard about the session and, united in the desire to love NTU and its people in the same way God loves NTU and its people, had decided to take out time from their busy schedules to gather to pray and worship God. In fact, it was not just NTU students that had decided to turn up, but we were encouraged that even faculty members, students from other campuses, and parents of NTU students had seen the need to gather as a body to encourage one another and pray for our university.

It was incredibly heartening to witness that God is so real in the lives of so many others in NTU, and sometimes, within our own CF bubble, we might think that we are just on our own fighting the good fight as a uni student. In reality, we have this whole body of Christ to encourage us and remind us that we all serve and worship a very big and strong God, who is more than capable and more than enough for us. It is in this knowledge that we can be encouraged to participate in the work that God is doing in NTU, desiring for NTU to, day by day, reflect His Kingdom.

NOT JUST ONE DAY OF PRAYER

Rejoice always, pray without ceasing, give thanks in all circumstances; for this is the will of God in Christ Jesus for you. 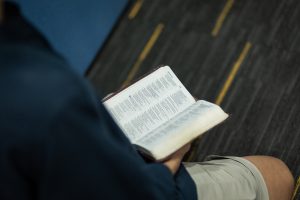 Ultimately, the session had to eventually come to a close. Nevertheless, we were all reminded that the work did not end that day, but it was merely a speck in the grand plan that the LORD has intended for our campus, and it was up to us to continue to pray and engage the campus for His glory. More than anything, God calls us to live out our faiths actively, as we have learnt in the book of James, such that all might come to repent of their sins, and ultimately acknowledge that Jesus Christ is LORD and saviour.

As we continue to fight this good fight as Christian university students, let us remember that we are not alone, and more than the body of Christ to encourage and edify each other, we have a big, big God who goes before us and is so, so faithful. All He asks of us is to earnestly seek His face, rejoicing always, praying unceasingly, and giving thanks to Him in all circumstances.

Back to the top